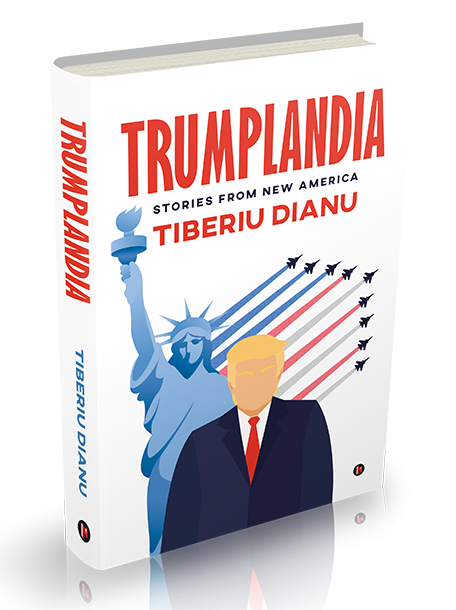 Trumplandia: Stories from New America is a collection of essays written between May 2016 and October 2019 about the transformation of America, a united nation that has become more divided than ever.

Tiberiu Dianu (born in 1961) is a native of Romania and a US citizen. Tiberiu has practiced law in Romania (as a Corporate Lawyer, Judge, Senior Counselor at the Ministry of Justice, University Professor and Senior Legal Researcher), and in the United States (as a Legal Expert for the Judiciary). His publications include several books and book chapters (published in Romania, the Netherlands and the United States) and a host of articles in law, politics, and post-communist societies (published in over 100 journals and blogs worldwide).

Loved your work cant wait for your next book.

Its an epic love story

Could take my hands of your book.

I would want to read more of your work

Loved your style of writing I felt connected.

Please let me know as soon as you write your next book cant wait to pick one.

I loved your style of writing it felt so real . .

There should be more rom - com authors like you. Everyone should read your work.

Bought your novel online and thats the best work I have read so far.

Read your sample pages cant wait for my book to arrive.

A must read book for sure.

Read your work online on Amazon it was worth my time. A very strong recommendation for everyone.

Dont stop writing what an amazing book. I must admit.

Heard a lot about your work and I must whatever is said so far is quiet true. Loved your work

Would love to see your work to be published into a movie it is worth it.

Magnificent style of writing its the first of its kind rom com so far. Love Love

Keep writing more love stories like this as its is a after a very long time some has written such beautiful story. 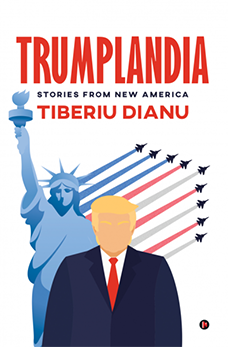 Trumplandia: Stories from New America is a collection of essays written between May 2016 and October 2019 about the transformation of America, a united nation that has become more divided than ever. Some pundits predict that if things don’t change another civil war could occur. Have we reached a point of no return? Hopefully, America is mature enough to learn from its mistakes and avoid further scars along its evolving history.
“Tiberiu Dianu is a specialist in law, politics and post-communist societies… His latest book, titled Trumplandia, is a welcome addition towards understanding current events, Washington’s international policy, and the present American society; a society polarized and divided as it has not been since the Civil War… Mr. Dianu makes in-depth assessments of important events in today’s America and achieves not only fine descriptions, but as an expert in the field proves to have a “gut feeling" for them. For example, the author understands, and at the same time feels, the meaning of rising patriotism and nationalism as a shield against a yet not fully understood impact of globalization.” - NICHOLAS DIMA, PhD, Adjunct Professor and Research Associate, Nelson Institute, James Madison University, Virginia.

If you'd prefer to email directly, or want to send a picture or file, please write to tdianu@yahoo.com this website's address.

Thanks for your message! We’ll be in touch soon.

Experience the sample chapters for free 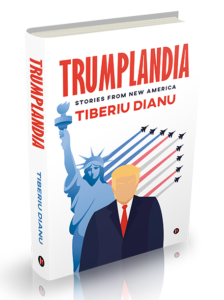